You are here: Home / Albums / The Most Beautiful Moment in Life Pt. 2 Album Info and Inclusions 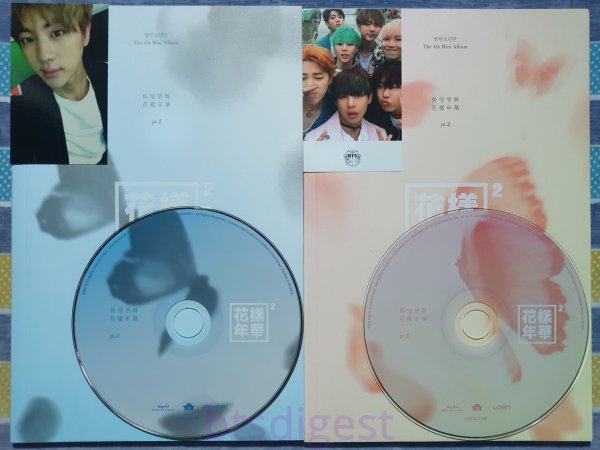 The Most Beautiful Moment in Life Pt. 2 portrays the energy of youth charging forward even as they embrace uncertainty and insecurity. BTS sings about how the youth, despite learning the bitter taste of grown-up life, continue sprinting forward, relying on the fire in their hearts. Facing the powerlessness of one’s youth, they collide and shatter but still cry out that it’s alright, just keep running forward. (Source: Big Hit)

The title track RUN is a light hip hop dance music along with a Brit Rock feeling. It starts quietly with electronic guitar sound and gradually emits powerful energy towards the second half. The lyrics comforting one’s self  are intensive and lyrical. It’s okay to fall down. It’s okay to get injured. (Source: Park So Young for OSEN; Originally published at Star Naver News)

Like the previous album, The Most Beautiful Moment in Life Pt. 2 comes in two versions: blue and peach. The package includes the CD, a photobook and one random photocard. First press editions come with one random limited poster. 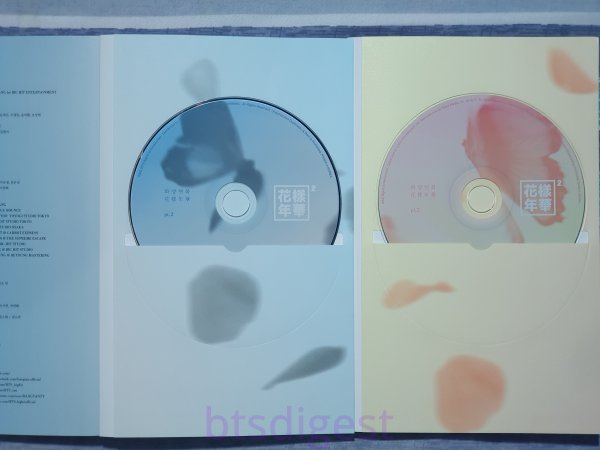 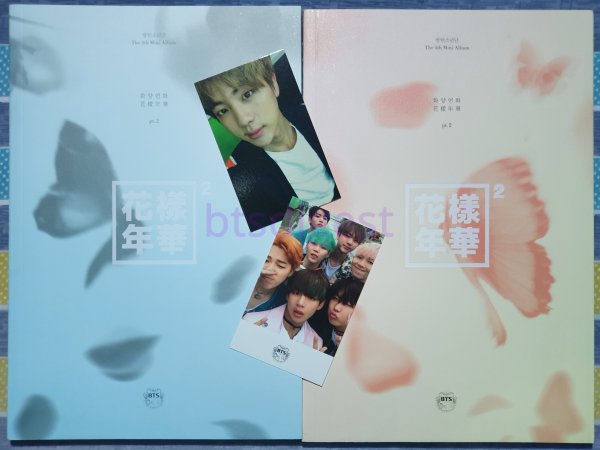 While the previous HYYH album includes a polaroid-like photo, this album comes with a mini-photo card with messages and members’ signatures at the back.

There are 8 versions: 1 of each member and a group poster. Here’s a short video of all the poster versions from kathiskath:

You can also buy The Most Beautiful Moment in Life Pt. 2 in physical and digital copies at Amazon Music.