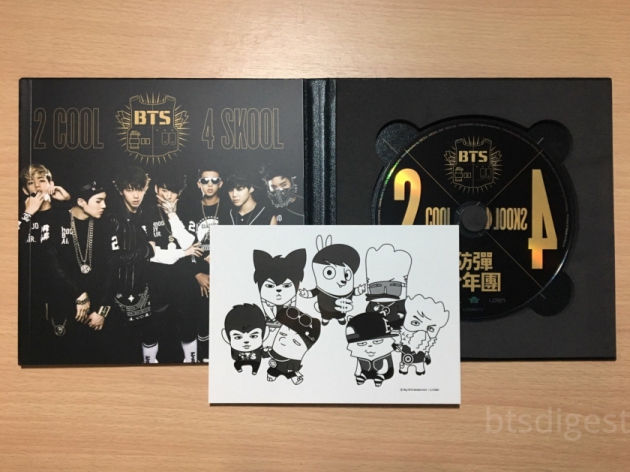 In their debut album, BTS writes about their personal experiences and feelings in order to produce an album that listeners can relate to. Thus, the members sing about their youth and their dreams.

Despite being a single album, 2 COOL 4 SKOOL boasts a run time of more than 27 minutes. This is a satisfactory album of both quality and quantity, indeed.

BTS’ first album features their debut song “No More Dream,” a reinterpretation of the ’90s gangster hip hop. BTS’ message is conveyed through the question, “What is your dream?” — the same iconic line RM (then Rap Monster) pitches as the beat drops — 얌마 니 꿈은 뭐니 (Yamma ni kkumeun mwoni).

Adapted from Big Hit and Melon

The album includes a CD, a 24-spread photobook, and a Hip Hop Monster postcard. 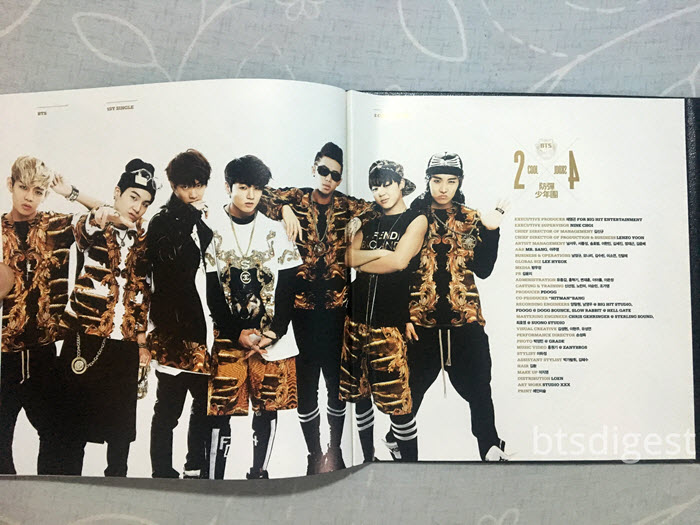 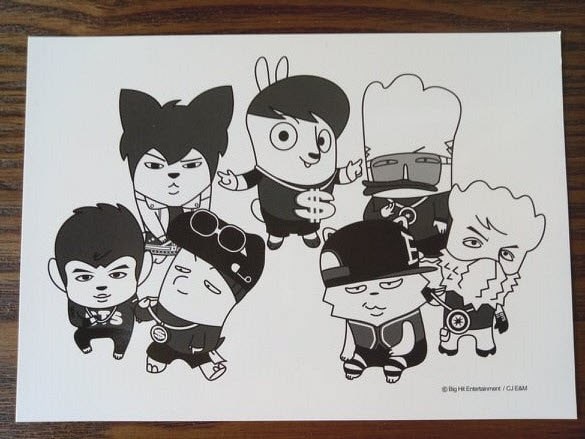 Polaroids (not available for later copies)

Fans who were able to buy the first 200 prints of the album received polaroids as a special inclusion. These were randomly inserted in first-press albums making them now a rare merchandise.

BANGTAN France had compiled more photos of these here.

We are Bulletproof PT.2

We’ve also put together a YouTube Playlist where you can see the English subs for each song. We’ve used fan-made videos though for songs without official music videos and included also some live contents.

The album is also available for purchase at Amazon Music.

Next on BTS discography: O!RUL8,2?